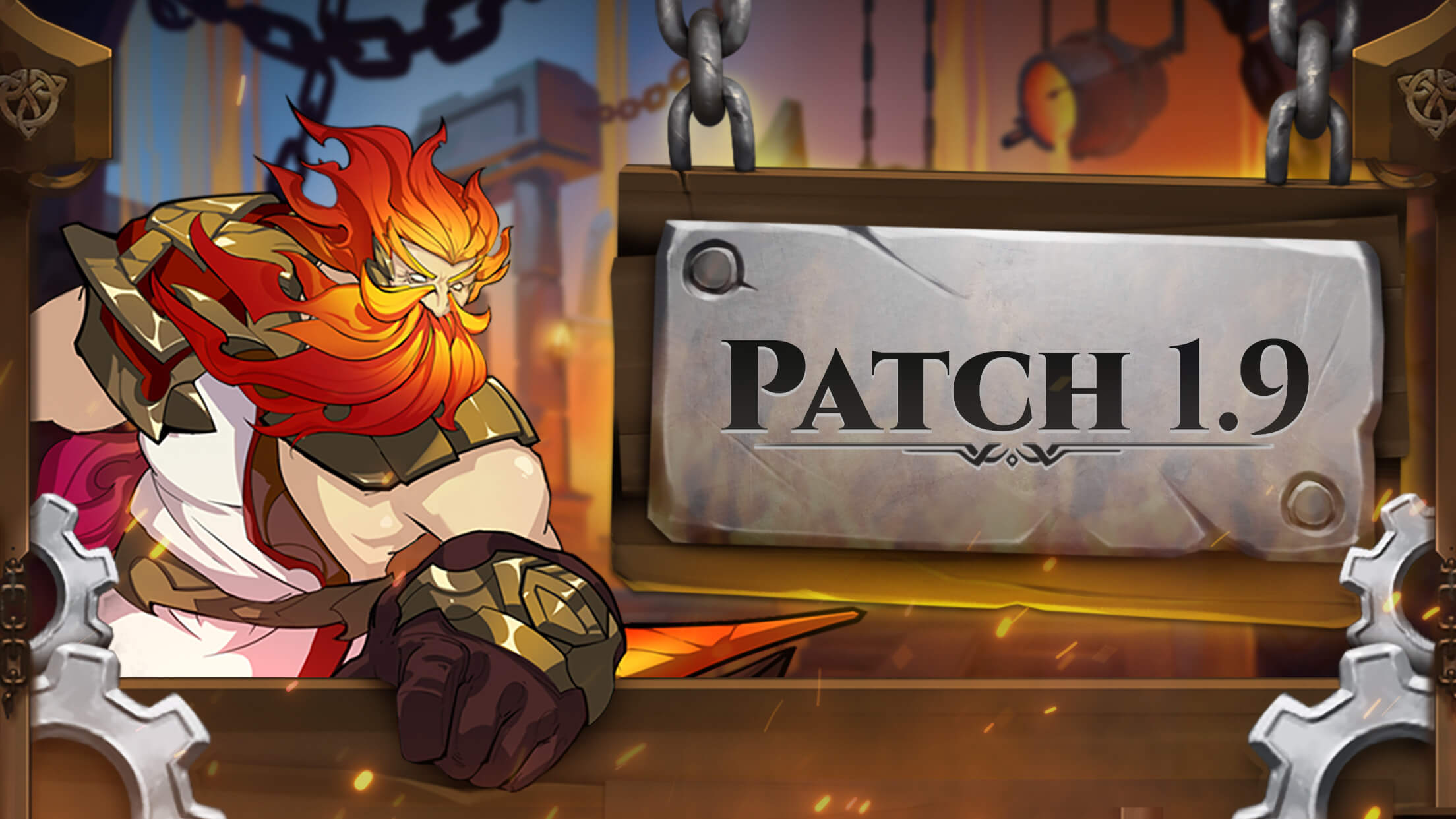 Hello, Summoners! We’re very excited to share a handful of new features coming to Mythic Heroes! New game modes including the Bifrost Bridge, PvP updates, Friendship Summons, and a more customizable profile page, are all being introduced in this update alongside some other changes. Check out all the details below! 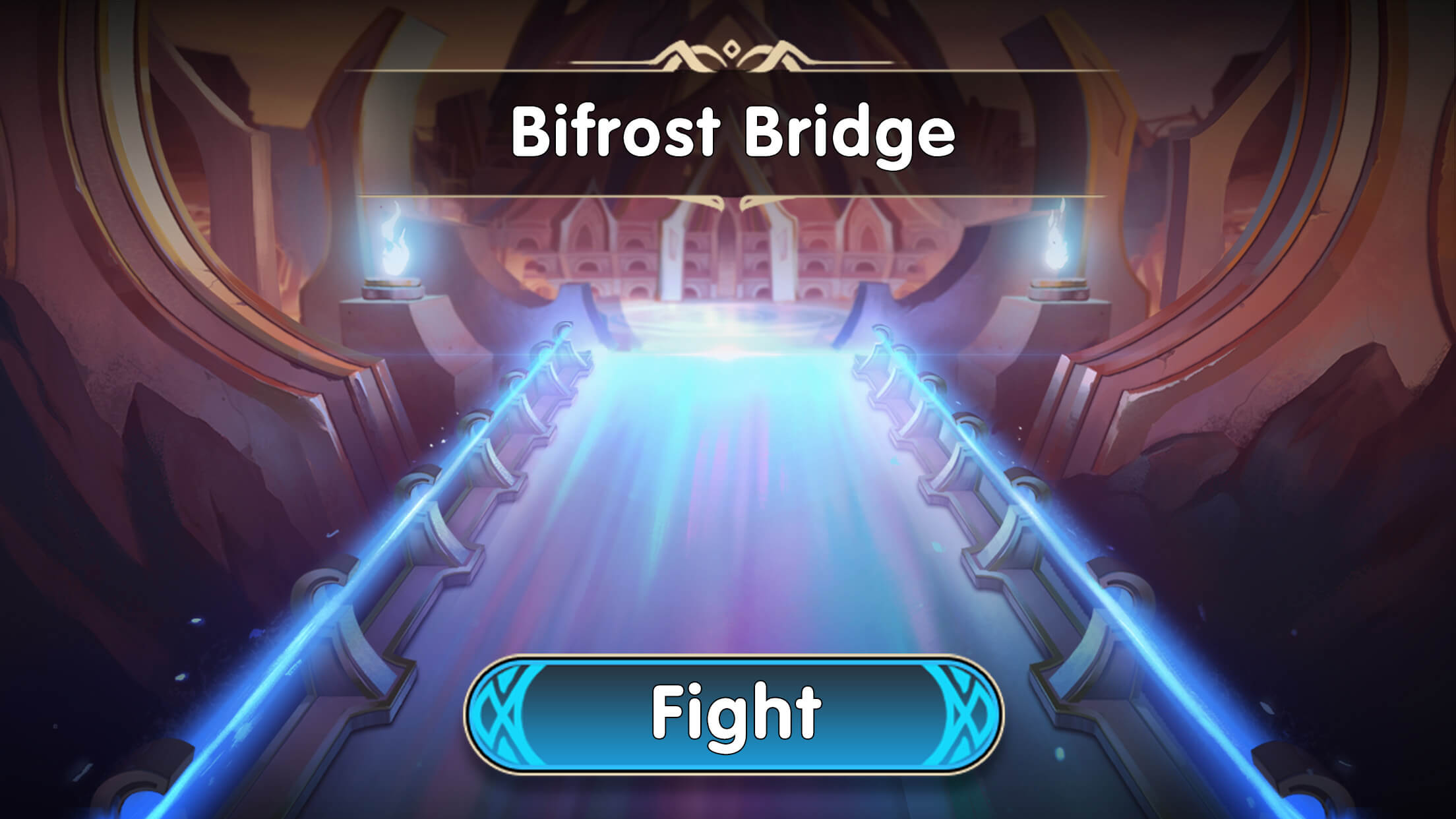 The one road that leads to Asgard, known as the Bifrost, is a shimmering road to heaven on which the Valkyries would lead the deceased towards Valhalla. In Mythic Heroes, the Bifrost Bridge allows summoners to journey along the bridge, confronting increasingly difficult challenges. Summoners will experience a distinct progression system, featuring unique skills, new currencies, and an exclusive engraving system to help power up your heroes along the way.

Players can enter the Bifrost Bridge through Ragnarok in the Campaign screen or by using the Event Center. All heroes will be synced to level 300 during the challenge upon entering the Bifrost Bridge. Hero bonuses such as Divinity Talents, Iconic Weapon upgrades, and Museum effects will remain unchanged. NOTE: Equipment Runes and Artifact bonuses are NOT carried over into the Bifrost Bridge challenge.

Exclusive to the Bifrost Bridge is a runestone engraving system. Runestones are a new way to help power up your heroes for battle along their journey on the rainbow bridge. Summoners can earn runestones through daily rewards, event quests, and battle completions. 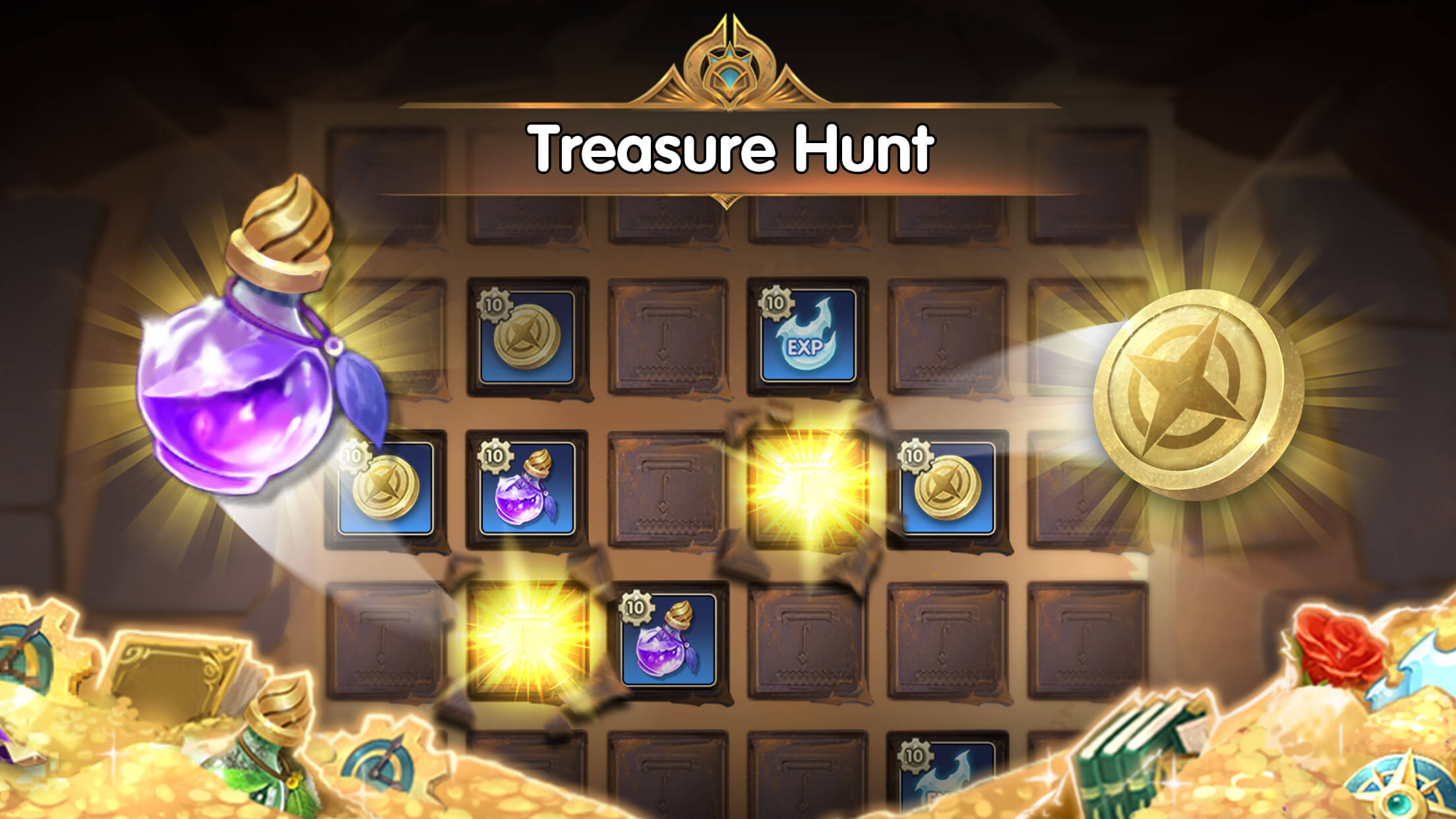 It’s time to hunt for treasure! The Treasure Hunt is a new limited event where you can dig for bonus rewards. Collect Treasure Shovels and find a wide range of rewards as you excavate each tile for a grand prize! Upon finding the grand prize for that level, you can proceed to the next tier for a chance at even more prestigious treasures.

This event will only be available for a limited time so make sure to claim your rewards while the event is active!

By reducing the required number of teams in Mastermind Arena to 3 teams, we want players to be able to build a set of stronger teams. This will allow for more player choice and options in creating the strongest teams when battling against your peers. We have also introduced a points system to the Mastermind Arena to show players the qualification progress for the Champions Arena. 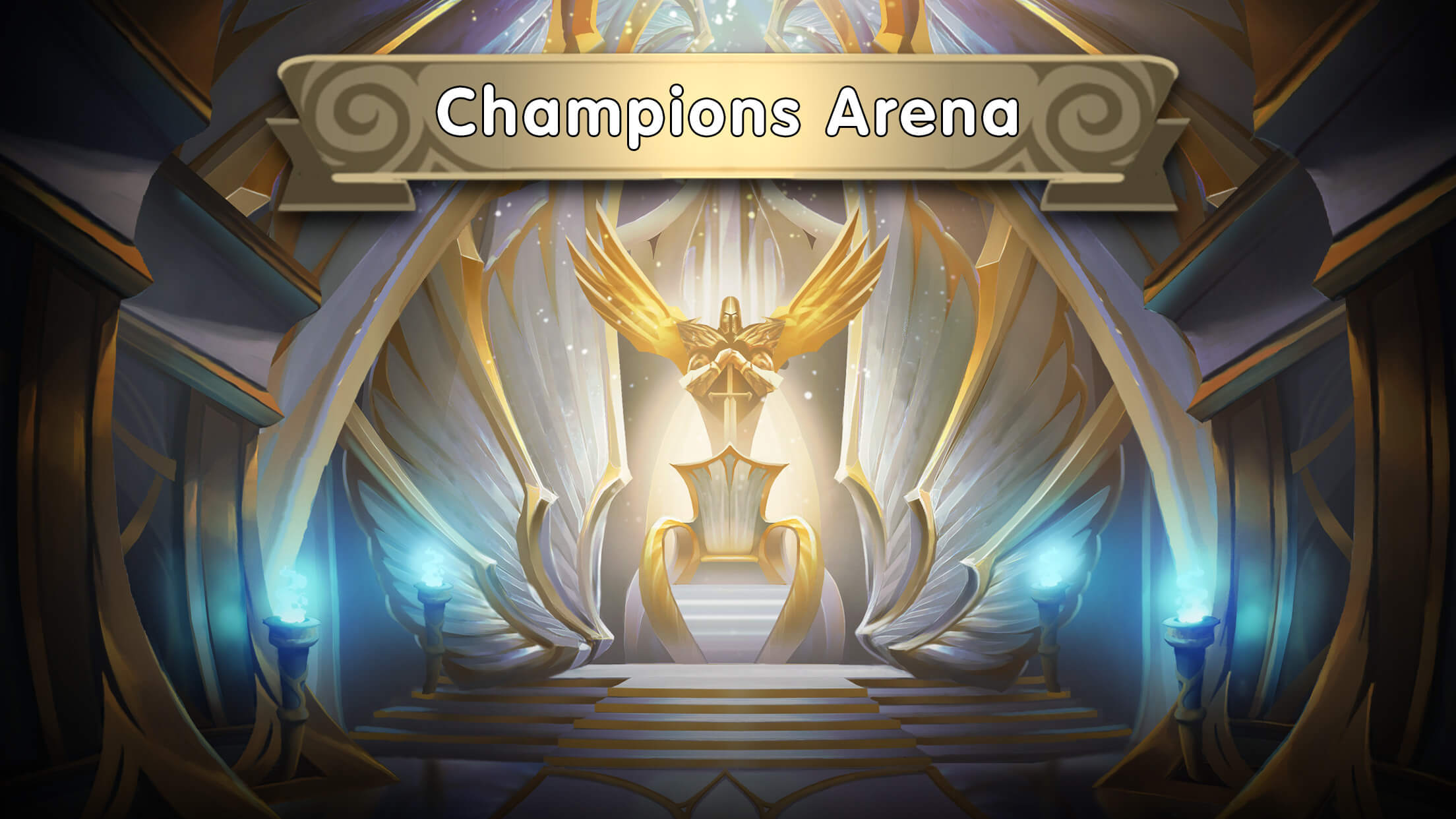 The Champions Arena is a new cross-server PvP event that will be available periodically for top-ranking players in the Mastermind Arena. These Summoners will compete over multiple days and stages to earn exclusive rewards and bonuses for their guilds!

Heroes on competing teams in the Champions Arena will be synced to level 300, but they will maintain their Attribute bonuses (Grade, Equipment, Divinity, Iconic Weapons, Antiques, and Cubes of Truth). Team formations will be made during the 1-day lock-in period at the beginning of the season, and the selected formations will be used throughout the duration of the Champions Arena season. Competing teams will consist of a predetermined number of team formations to be used by each player (ie. 3 team formations per player).

The Group Stage consists of a selection of players who will have to compete against each other in a Round Robin format. This means that each player will battle against each opponent in their group one time.

At the group stage’s end, a minimum of 4 players with the best winning records from each group will move on to the next stage: The Bracket Stage. In the event of a tie, tiebreaks will be decided by the team with the highest Combat Power.

The Group Stage will remain open for 1 day.

Once the Group Stage is completed, there will be one round of competition in the Champions Arena every day in the Bracket Stage. For these matches, team formations will be locked 2 hours before the start of the battles. The players’ formations will then be visible by tapping the player’s avatar in the bracket area. Winning a match in the Bracket Stage will earn a Champions’ Gift reward for all members of the winning player’s guild consisting of Arena Badges.

After the Top 64, Top 8, and Champion have been decided, competing Summoners will be rewarded with a special avatar frame and medals to recognize their achievement in the Champions Arena.

Each season of the Champions Arena will have a team formation requirement, outlining the number of teams to be locked in for the duration of the competition.

In the bracket stage, players will be able to place a bet on who will win the current round for select matches of the championship. Predicting match outcomes correctly will reward you favourably! 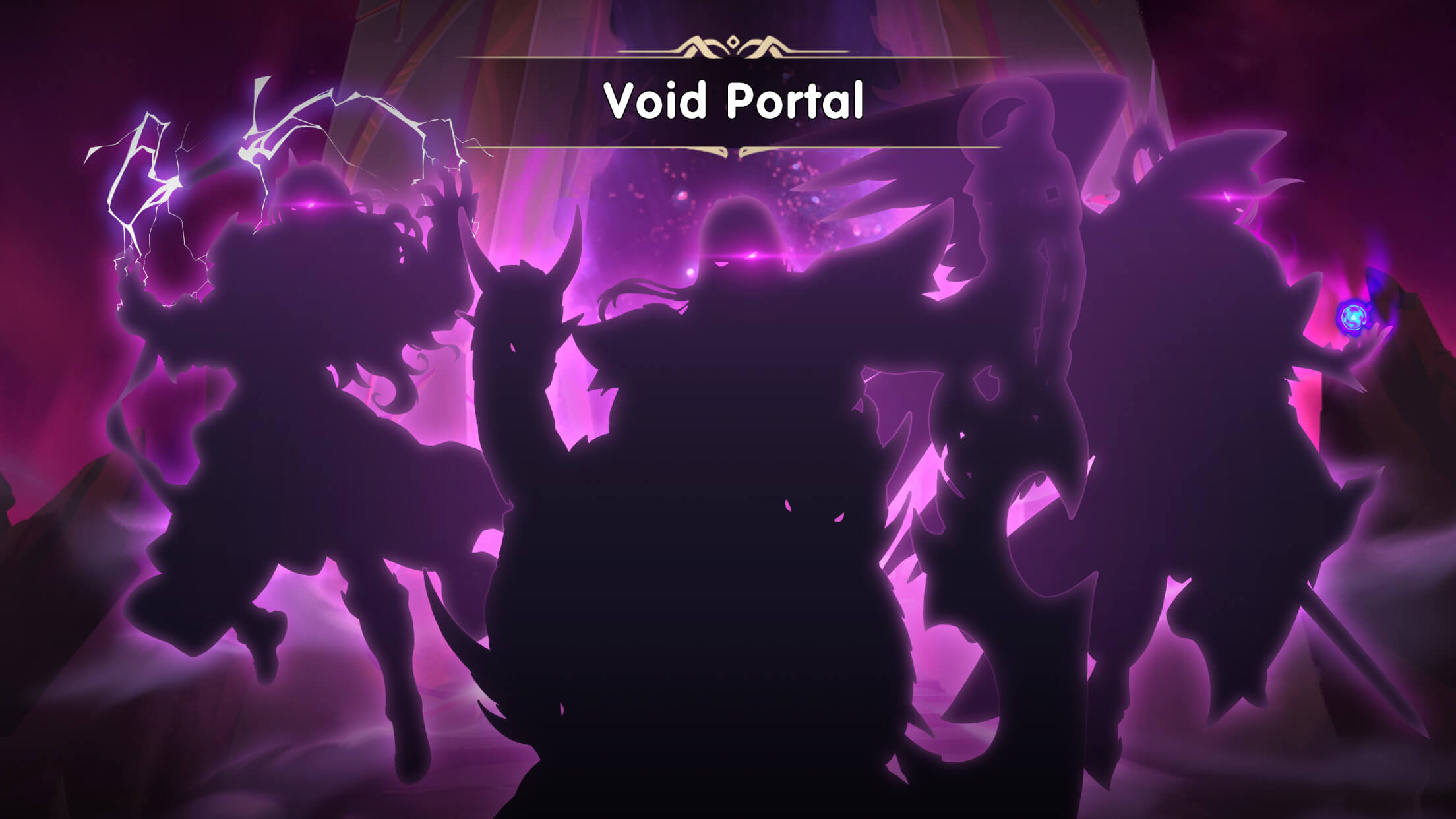 The Void Portal brings an exciting cross-server PvP challenge to all players where Summoners can challenge top players from other servers to earn rewards every weekend.

Portal Coins can be used in the event exclusive marketplace. Make sure to claim them before the event closes as the coins cannot be claimed once the portal closes! 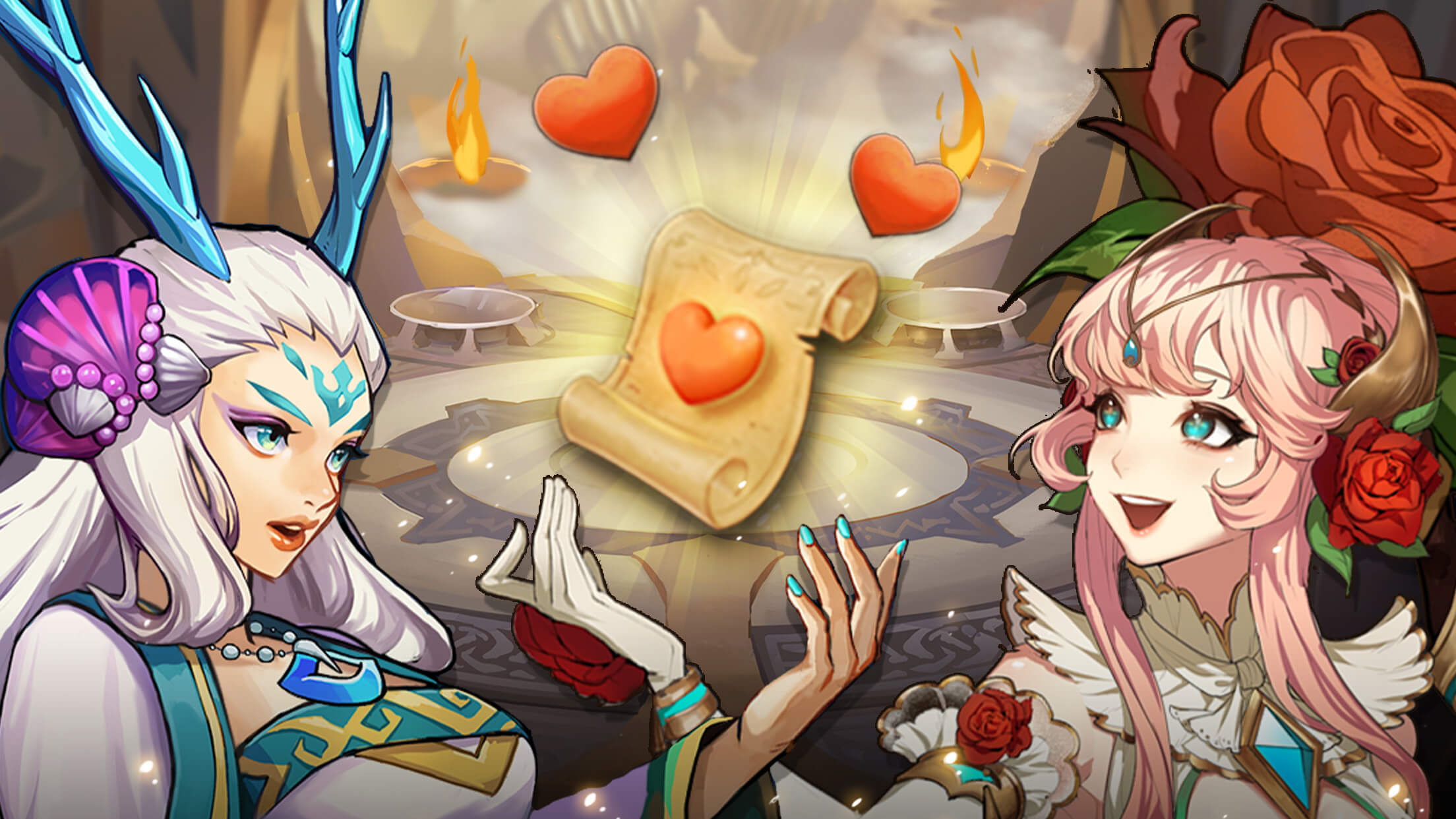 Leaderboards across many game modes will now display an option to “Like” a player’s profile! By giving out likes, you can earn Friendship Scrolls to use in the Summoner’s Sanctum. You can send up to 3 “Likes” on every leaderboard, so make sure to give kudos to other players on the server! These “Likes” will also be displayed in the Summoner’s profile when viewed.

As a result of the addition of Friendship Scrolls with the Like system, the weekly Diamonds earned from liking the leaderboards have been removed.

There will be some updates to Guild content in this patch with changes to the Wardragon challenge and some adjustments to the towers and Wardragon Relics in the Epic Showdown.

We have also added a global Guild ranking leaderboard so you can see how your guild stacks up against everyone else!

The Wardragon challenge for guilds has been updated to ensure that all guild members will be able to take on the challenge and earn rewards. Previously, new players who have joined guilds may have had trouble fighting in the Wardragon challenge. We’re hoping that by making these changes, all guild members can have an enjoyable and competitive experience in the fight while receiving rewarding prizes.

We’ve updated some of the existing Wardragon Relics in the Epic Showdown and removed a few of the more underused choices. With the decreased drop rate of the Wardragon Relics, we want to make sure that when a Summoner uses them, the Relic provides a significant impact in battle.

With the changes to Relics, we needed to remove some Towers to avoid potential ridiculous power bonuses during Epic Showdown fights. We also realized that 14 different tower effects were a bit too many, so we cut that number down.

We’ve added a new look to Summoners’ profile pages! Now you can showcase and share your hard-earned accolades with medals and create a more dynamic profile featuring your favorite heroes!

The Alchemy Workshop now has a “Quick Forge” option for Summoners to upgrade excess Artifacts and Runes in bulk.

We’ve added a handful of new Antiques to the Museum! Make sure to check them out in-game to help grow your collection and power up your Heroes!

We want to make sure that our weekly events are rewarding for players, so we’ve made some changes to the event quest completion prizes to be more rewarding.

New skins will be added to the Fashion Store periodically throughout the update. Make sure to keep an eye out to see who will be getting some new outfits!

After the 1.9 Update, some of the lesser populated game Servers will begin a process of being merged.

We have identified the first list of servers receiving a merge. Servers 6-10 will be merged together on an upcoming date. There are some details that affected Summoners will need to know going into this process.

Thank you all for reading the patch notes for Patch 1.9! We hope you enjoy the new features that have been released in this update and best of luck in your upcoming battles!